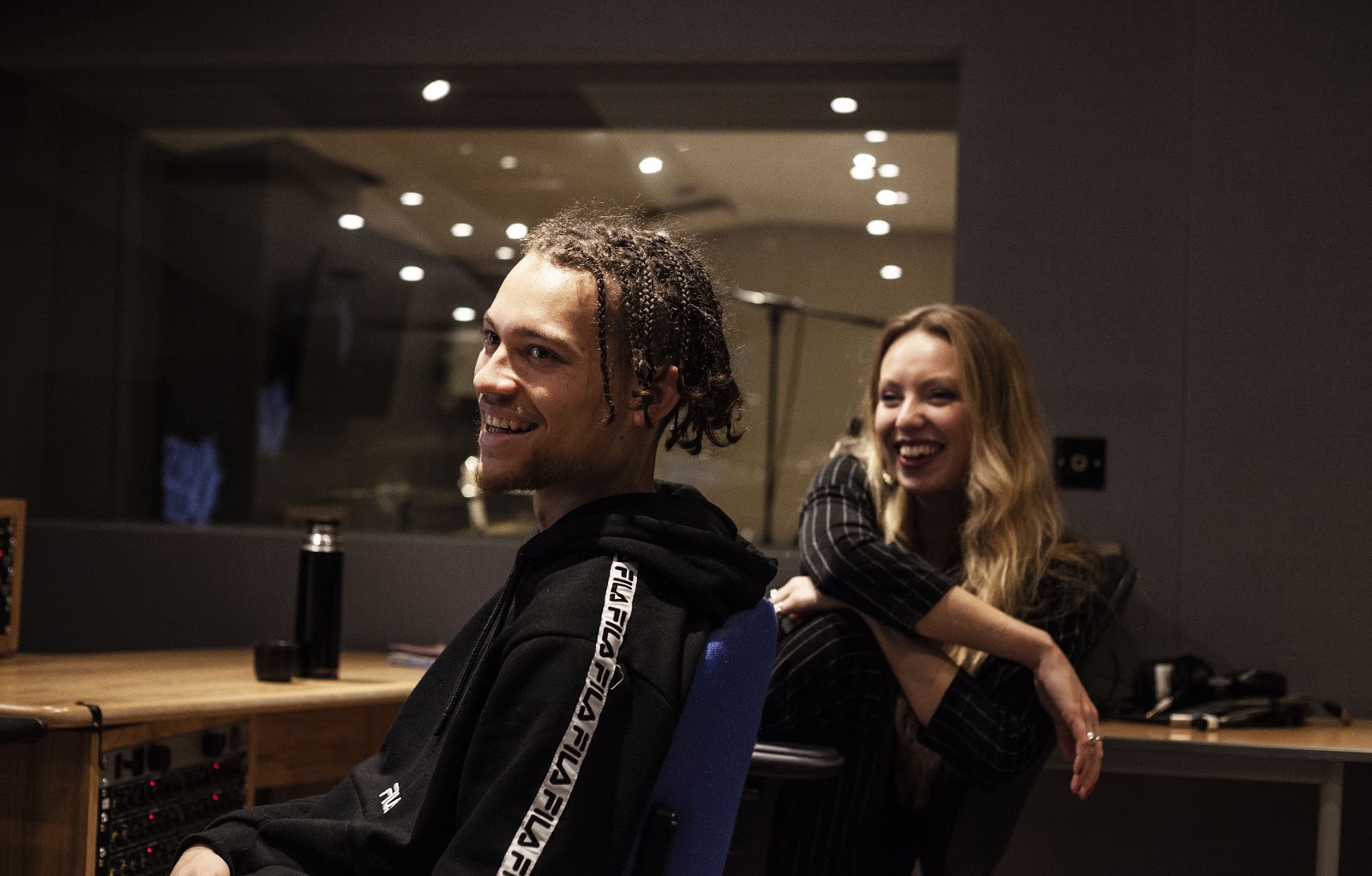 This month I released a new single with my longtime UK collaborator Nelson Navarro. Together we make music under the name Knight & Navarro;light hearted R&B/ hip-hop that leans on our love of poetry to question this ever-changing world.

Our first single, ‘So Long’ was released last year with Brighton’s QM Records and came about through a long conversation one afternoon about the then recent election of Trump and the Brexit vote. We started to jam and harmonise together, Nelson playing the riff on the guitar, and the lyrics of the refrain

‘Late as the midnight song, I’m riding, till the night is gone, so so long’ started to materialise. It emerged as a Brexit lament, a call for unity, with the idea that together- united -we can outshine this dark political time.

We first played together sitting in the centre of Brighton, at the St Peters church junction, in between both shooting off for other engagements. We sat down and started to sing, sitting on one of the little benches perched by the side of the passing traffic. As we did, a women across the park fell off her bike, and that’s where the opening line of ‘So Long’ originated- before becoming a metaphor for the UK’s exit from the European Union. But let’s just pretend it was always a deeply serious allusion to Brexit…

In our recent second single ‘Just Breathe’, we were in the studio trying to do some writing for our new release and both our phones kept going off. I had a call from Al Jazeera News to record a press clip for them within the hour, to go out in a programm about working in Romani arts in Berlin, Nelson’s phone rang, we filmed the clip, my phone rang, Nelson had to respond to a text, I had to send the video… and so we started to reflect on technology’s influence on the pace of our lives and how it’s constant presence was disturbing any potential peace of mind. And how now, as the disaster of Brexit adds to the rising stress levels of young people’s lives, whilst they run to stand still on the seemingly endless treadmill of life capitalism puts us on, sometimes it’s hard to take a moment to step back and just breathe.

Our new single is out now with a video by the awesome Erin James.